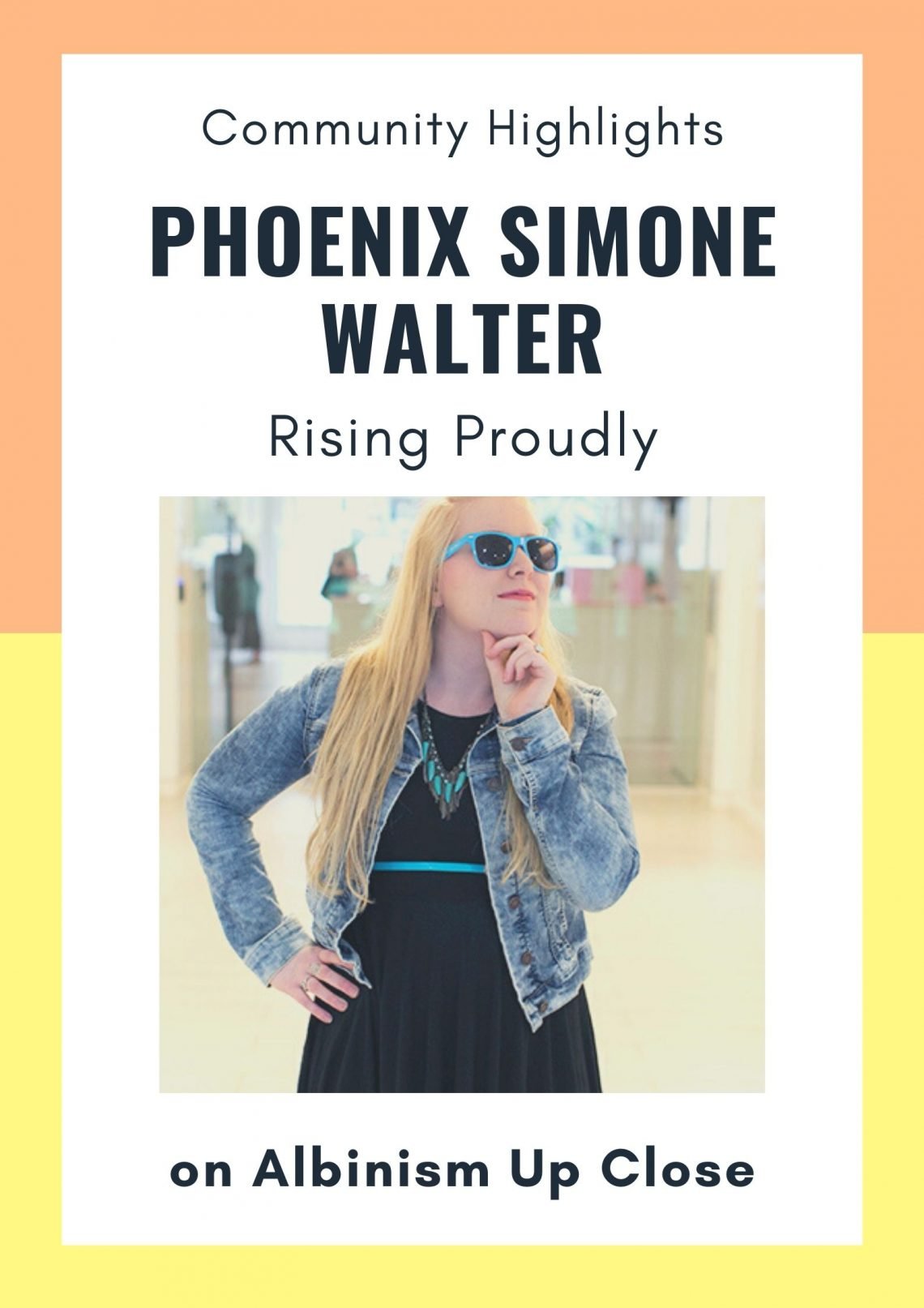 Phoenix Simone Walter is a 30 year old originally from New York, who moved to Washington DC seven years ago. She has enjoyed art since she was a young child and became a graphic designer after graduating college.

Phoenix was not named for the city in Arizona. Instead, her mother needed a name beginning with P, and she remembered experiencing the fall of the Berlin Wall and that time of rebirth. Phoenix was the perfect fit because a phoenix is a mythological bird who sets fire to itself and is reborn in the ashes anew. The metaphor is both enduring and magical.

Proud of Her Albinism

Phoenix was a happy, artistic child. She dealt with some of the bullying that we all face (“Hey four eyes!”), but she had a solid support system to get her through those times. She was also fitted for contacts in the fifth grade, which helped to lessen some of the bullying and to build her confidence.

Phoenix remembers feeling distinctly proud of her albinism for the first time during a ninth grade genetics presentation. She chose to present herself and albinism for the project even though she was a bit nervous about how her peers would react. As Phoenix stood in front of her classmates and shared something personal about herself, she realized that she could be proud of her albinism. She began embracing it as part of her identity and has continued that growth throughout her adult life.

For those of you who don’t have albinism, reaching this point in life can be a challenge. The same goes for any condition that makes a person look or act differently than his or her peers. It’s difficult to reach the point of acceptance, and progressing beyond that to a sense of pride is even more amazing and beautiful.

Another challenge for Phoenix is reading, and print media can be a struggle for anyone with a visual impairment. Though technology has progressed today with audio books, text to speech, and more, this was not the case when Phoenix was in school. To this day, reading is not her favorite activity, because it can cause eye strain and headaches.

Phoenix has also taught art classes to children, and teaching brings with it new challenges. Nystagmus and poor visual acuity make eye contact a true challenge, and children do not always understand what it means to have a visual impairment. These same aspects of albinism also make recognizing social cues a challenge; it’s hard to recognize what you can’t always see.

Rising from the Challenges

Today, Phoenix works successfully as a graphic designer. Several years ago, her company was looking for a new photographer for work projects and events, and she volunteered to learn. Since then, she has spent time learning from two difference photographers and has done projects such as capturing events, taking professional headshots, and other photography tasks.

Since beginning photography, she has fallen in love with the idea of creating her own style and capturing beautiful moments in life in new and unique ways. She also enjoys making people laugh while she captures those important moments. Her style revolves around natural light and poses that feel authentic.

Albinism and its related eye conditions can lead to some additional challenges in photography. Capturing children while they’re looking at the camera, smiling, and in focus can be a struggle because of poor visual acuity, but Phoenix works around this and other focus issues by taking multiple photos just as any professional photographer does. Shooting in extraordinarily bright light is also a challenge with light sensitivity, but she works around this by focusing on shoots during the earliest and latest hours of daylight. Most professional photographers would also agree that these times of day are preferable for natural and dynamic photoshoots.

Phoenix has a website, Instagram, and Facebook page where you can check out highlights from her photography sessions, check out her resume, make an appointment for your own photoshoot, and more.

For more wonderful posts about members of the albinism, visually impaired, and blind communities, visit the Community Highlights page.

If you’d like to be featured in Community Highlights in the future, read my post on submitting your own application. The process is very simple and flexible.

Thanks for reading. Stay curious. 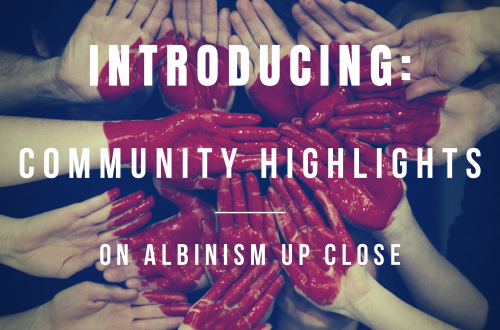 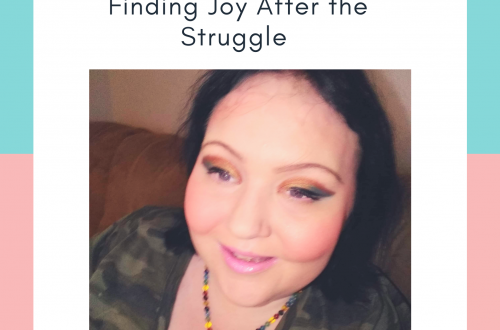