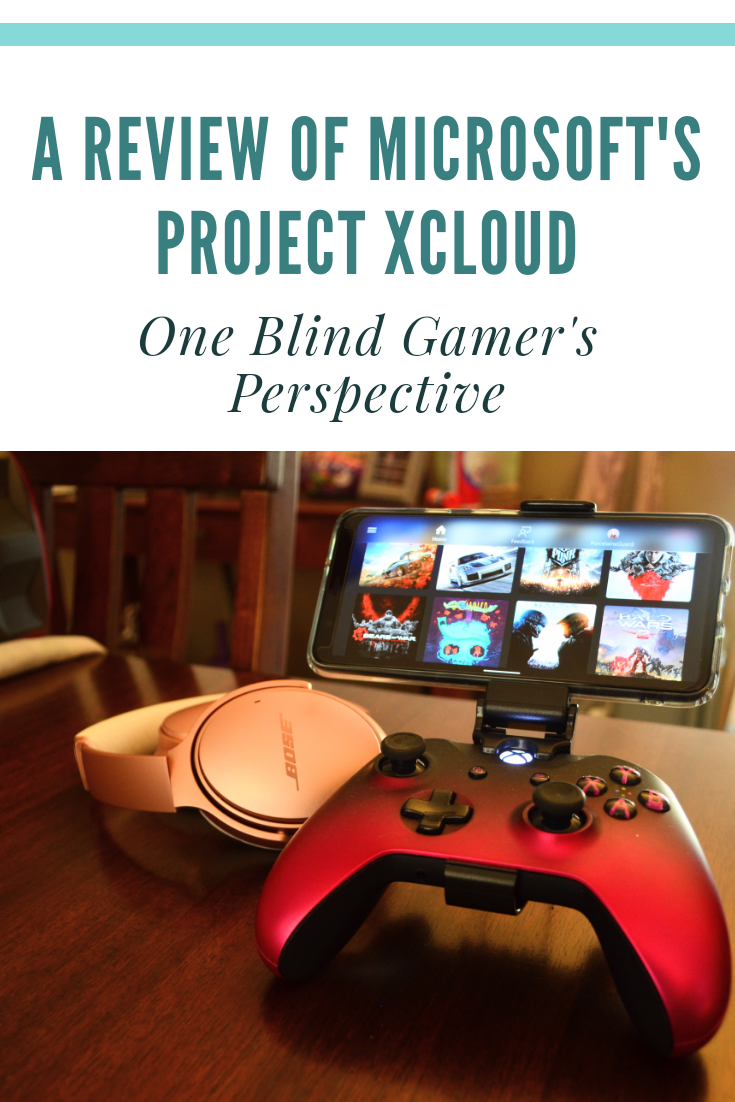 So, I’m a gamer, and I’m blind. What that really means is that I enjoy video games, but I’m not always very good at them. When discussing video games, I often quip that, “the more realistic the graphics get, the worse I get at playing the games.” It’s not a lie. I tend to do better with cell-shaded graphics than with the more realistic style of most fast-paced first-person shooters.

My regular gaming platform is an Xbox One, but I also play on the Nintendo Switch and sometimes play PC games. So, when I saw that Microsoft released a beta of their Project xCloud, I had to jump in on that. Fifty plus free games streaming to my phone? Yeah. I’ll give that a shot. So, this review is a bit late, but here it is, nonetheless.

I know. Serious gaming on a phone and you’re blind? What were you thinking, Danielle?

I often stray away from most mobile games other than the puzzle and platformer genres that are often easier to see. But regardless, I ventured into Project xCloud so that I could see for myself and my readers if this was a viable option for visually impaired gamers. Let’s dive in.

First off, I’m playing with a Pixel 4XL, an Xbox One controller, and this controller clip by Jovitec. I’ve played on both 2.4Ghz and 5Ghz Wifi at home with average download speeds of about 50-60 Gbs. I also played a bit with a Bluetooth headset (the Bose QC 35 II).

Connecting the controller was as easy as turning my phone’s Bluetooth on and pressing a button on the controller. Then, I Just had to login to the Xbox Game Pass app with my Xbox Live profile.

The first challenge that I assumed I would encounter was text. This was definitely an issue in games like Gears of War 5 and Borderlands 2 when doing tutorials, going through inventory, picking up items with text, and reading maps and quest text. I completely avoided games like ARK, the Telltale games, Dead Island, State of Decay 2, and others that I knew would rely heavily on menus and text.  My saving grace was triple tap to zoom built into Android, which got me through tutorial text and inventory circulation. If something were to appear on the screen during combat that I had to read in a hurry, I would either miss out on reading it or die in my attempt to read it.

The next challenge I would face would be enemies in combat with poor contrast. One level in particular that gave me fits was Act II, Chapter 1: Recruitment Drive in Gears of War 5. The enemies within the steam town seem to share a lot of colors with the background, which made them impossibly hard to see. I persisted nonetheless hoping that the directional blood spatter on the screen would guide me in the right direction. The busyness of enemies in Borderlands 2 also made them a challenge to find in busy areas. I undoubtedly died more than usual while playing these games.

The next challenge, and this is going to be the case for most any level of vision, is eye fatigue. Staring intently at such a small screen for long stretches of time will inevitably lead to eye strain, headaches, and some crossed eyes. I found that I could play for about an hour or so in games with fewer cut-scenes, but in games with cut-scenes to breakup gameplay (Gears of War 5, etc.), I could play a bit longer if I used to cut-scenes to give my eyes a break.

If you’re wondering whether you can stream to a Chromecast and play on your TV, you would be correct. During this setup, there was definitely a fair amount of audio and video lag, but it was fun to try out. It would allow you to screen share more easily with anyone wanting to check out what you’re playing. I will note that I was using the second-generation Chromecast, not the 4K version.

What Games Worked Well for my Vision

Having noted all the challenges, I then discovered games like Ori and the Blind Forest, Yuko’s Island Express, and Brothers. Though I struggled to make out the finer details, the gameplay mechanics are both simple and forgiving, which makes my usual play style of trial and error a fun adventure.

Ori and the Blind Forest is a side scrolling action adventure. It’s full of silhouettes mixed with bright pops of color. I did struggle initially to differentiate the dangerous spikes from collectibles and enemies. Once I became more familiar with the game, I could mostly tell these objects apart.

Yuko’s Island Express is also a side scrolling action adventure, but its play style uses pinball mechanics to send the character in various directions on his mission to complete quests and gather collectibles. These pinball markers are brightly color-coded, so they weren’t too hard to see once I figured the mechanics out.

Brothers, in particular, is a must play. It has no text, no subtitles, and no real instructions or tutorials. The lack of features sound like a con, but the simplicity and beauty of this game makes it a joy to play especially as a person with low vision. This game is an adventure, puzzle game during which you venture through the world as two brothers solving puzzles and various dungeon challenges. The control scheme is also simple while still testing your hand-eye coordination quite a bit. One side of the controller (joystick and trigger) controls one brother and the other side controls the other brother. I found it to be unique, fun, and challenging.

Gameplay data from games that I had previously played on my Xbox One synced quickly and easily within the Xbox Game Streaming app. I found this to be a pleasant surprise for sure since this program is still in beta. Stream quality on my home wi-fi was mostly smooth. I’m no professional gamer (and I’m blind), but I had zero noticeable controller lag or audio lag when using my Bluetooth headset.

The convenience factor of pulling out my phone and controller to play full XBox games wherever I am is new and fun. Eventually the Game Pass games will be included with xCloud as well, and if I’m understanding the articles correctly, Project xCloud will be included within the price of XBox Game Pass. Game Pass is currently $9.99 USD per month.

The convenience of xCloud becomes a challenge if you share your X-Box games and/or account with anyone else. Logging into xCloud will kick anyone using any games you’ve purchased offline much the same way as X-Box Play Anywhere does.

Would I recommend this to other blind people?

I would recommend this to any serious gamer or to anyone looking for a fun experiment. If your vision is more limited than mine, which is around 20/700-20/800 best corrected to 20/400 with glasses, then this may be an even bigger struggle for you. I enjoyed my experience with it despite the numerous in-game deaths. I’ll keep giving it a shot, especially for new games that I haven’t had the chance to play in the past. When it becomes a paid service, I’ll most likely give it up because it’s not practical for me personally, but who really knows? I’ve been squinting at my Switch since Christmas, so I may change my mind.

This review has been a fun experience, and I hope to work on more reviews, including some with my new Nintendo Switch. If you would be interested in more reviews from this blind gamer on console, PC, or Switch games, let me know.

Nystagmus Explained: How it Impacts the Vision of Those with Albinism 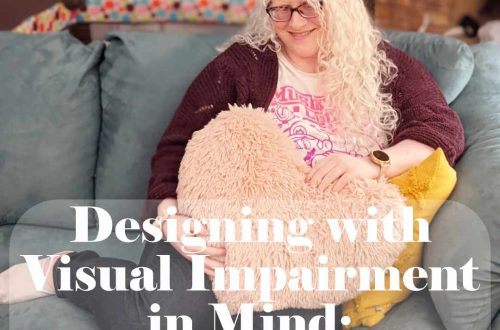 Designing with Visual Impairment in Mind: The Basics 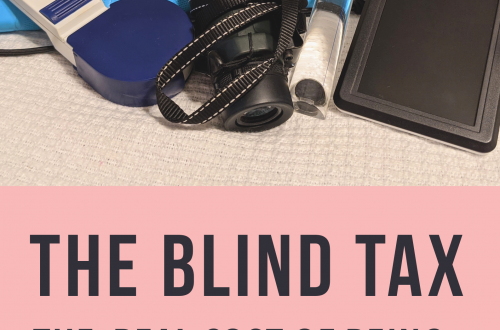 The Blind Tax: The Real Costs of Being Blind